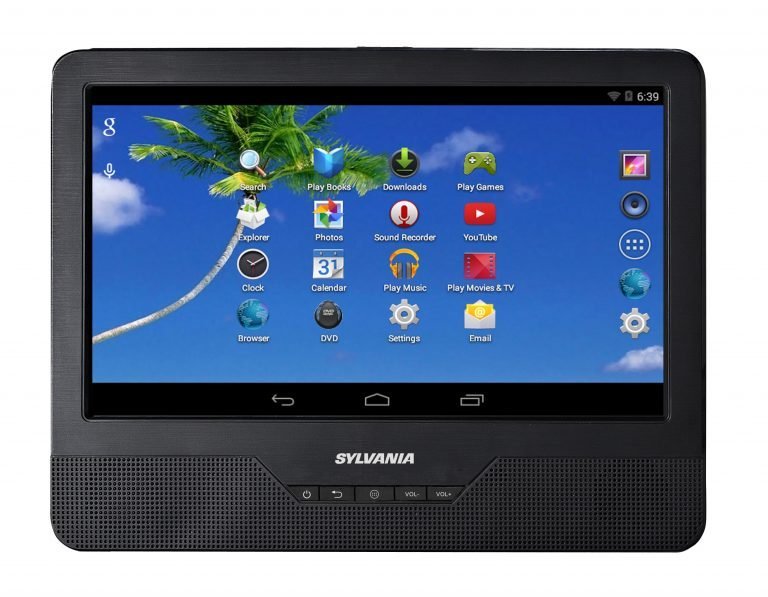 Recently I came across a unique combination: an Android Tablet/DVD player combo by Curtis/Sylvania . DVDs nowadays are practically obsolete and that the ones I previously purchased from Walmart are gathering dust. I therefore saw this as a way to watch DVDs that aren’t available on Netflix, or anywhere else for that matter. In addition, when it comes to road trips this would be handy since we don’t utilize Wifi to stream shows and it would give enable my kids to watch videos while on the road. Intrigued, I purchased a copy since the price seemed right at $118 CAD.

So far I’ve been very happy with it, considering the price. Here are some of the specs :

It’s a practical device that does what I need it to do. In addition to playing DVDs via an app on the device, it also allows for streaming via a Netflix app or an SD card (though no microSD).

At 1 GB RAM the speed is perfect for the version of Android running (5.1)

Audio works great. I was able to increase the volume enough to hear what I wanted.

At 8 GB storage, there aren’t too many apps that can be installed. An SD card can address that but don’t install too many apps on it with data pointing to the SD card. From experience, a) the core App files still remain on the tablet, and b) when Google Play issues an update to an app, sometimes the app data goes back to the tablet (instead of the SD card). The tablet is meant to play DVDs and videos moreso than being used for other purposes. As long as you’re aware of this you will be fine.

Screen quality also isn’t the greatest. At 800×480 resolution there is some pixilation. However, for the price of a budget tablet screen quality is expected to suffer.

Battery life is a bummer. The DVD specs state that operation time is 2 hours fully charged and indeed, watching two DVDs back-to-back brought the tablet from 100% charge to 5%. This is worth noting when taking it “on the road” to make sure it stays charged during the way. Connecting it to a multi-USB car charger (see below) should address that .

Warranty is only 90 days, as is in all budget brands.

Overall, what amazes me is that other manufacturers have not made a similar product. Samsung released a DVD player that connects to a tablet, but that’s not the same. For what you pay, you are getting a solid product.